The Neon Beat (show 54R6)  Get set for some “honey in the horn” as we kick things off with Al Hirt's “Cotton Candy”.  Then, put some crank on it as we listen to Wilburt Harrison sing the song about that city of fountains.  Listen to El Paso's own Vikki Carr with her renditon of “Can't Take My Eyes Off of You” followed up with the vocal version of “Our Winter Love” sung by The Lettermen.  Hear more fine period groups like The Brothers Four and The McGuire Sisters.  We'll team up old friends Bette Midler and Barry Manilow as they do an old Peggy Lee song, “I Love Being Here With You” followed up with Peggy herself with the hit single with Benny Goodman that brought her career to the forefront.  Catch some big band favorites with Glen Gray and Lawrence Welk.  Hear more fine instrumental content with Leroy Anderson's “Promenade”.  Enjoy an amorous version of the song “Moonglow” sung by actress Debbie Reynolds. More with Sarah Vaughan, Frankie Laine, and Merrilee Rush.  Listen and Glisten!   Go to: 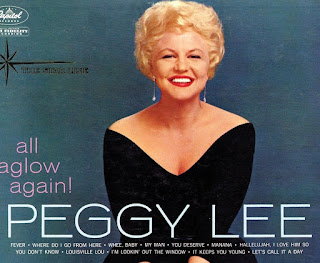 On The Neon Beat (Show 53R6)  Paul Anka begins this hour with his 1968 hit song, “Goodnight My Love.”  Barbra Streisand is next with a Fanny Brice number from “Funny Girl” as she sings “Second Hand Rose.”  Hear more great stage and theatre with Tony Bennett's lovely rendition of a song from “The Sandpiper”, Ella Fitzgerald with a Cole Porter standard from the production of “Paris”, and Kansas City's own Marilyn Maye sings an amorous number from “Kismet”.  Hear fine period selections from the popular groups of the day like The Mills Brothers and The McGuire Sisters.  Soul singer Brook Benton checks out of Heartbreak Hotel into “Hotel Happiness”.  Catch some tunes from Rat Packers Dean Martin with “Houston”, and Frank Sinatra with “I've Got the World on a String.”  Then we head on out to the Big Apple for Mister Jerry Costanzo for a fine performance of an old Sinatra cover, “Can I Steal a Little Love.”  We'll play Nat King Cole with a good ol' Duke Ellington standard.  We'll team up Bing Crosby with his son Gary for “Play a Simple Melody” followed with Peggy Lee with “Too Close for Comfort.”  More with Andy Williams, Louis Armstrong, and Dick Haymes.  Enjoy! 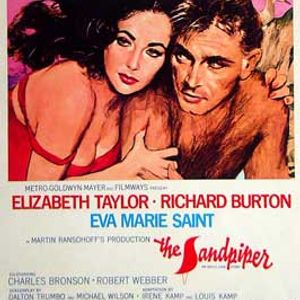 On the Neon Beat (Show 52r6)  The Ames Brothers take the stage to open the show with a great Frank Loesser song, “On a Slow Boat to China”.  Then we open the mic for Rosemary Clooney singin' the song “Too Marvelous for Words” followed up with a fine arrangement of “A Blossom Fell” by Nat King Cole.  After the break we'll chug down a cuppa joe with Frank Sinatra.  (Bell is ringing) School is definitely in session as we bring on Jo Stafford with “Teach Me Tonight.” (Did you say I've got a lot to learn?) Enjoy some vocal and hot tambourine with Frankie Laine singing “Jezebel” followed with some great big band with Benny Goodman.  We'll bring back Sinatra with Rosemary Clooney for a fun tate-a-tate called “Cherry Pies Outta Be You!”  Then we enjoy a little 60's run of movie music starting with Dionne Warwick, Harry Nilsson with a song intended for the film “Midnight Cowboy” followed with a lovely rendition of the theme from “Irma La Douce” by Andre Previn.  Listen to a great comeback hit record for Neil Sedaka followed up with a hit rendition of a John Denver song by Peter Paul and Mary. Hear a popular “Brit Hit” by Peter and Gordon, “I Go to Pieces”.  More with Doris Day, Andy Williams, and Robert Goulet.  All on The Neon Beat Show at Mixcloud. 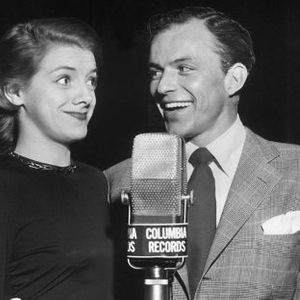 On the Neon Beat (show 51R6)  Tony Bennett leads the hour with a song he confessed he'd rather not have recorded.  He was to say, “It just wasn't me.”  As it turned out, a 1957 chart hit for him. Next we do a little blue-sy rendition of “Dream on Little Dreamer” by Perry Como followed by Peggy Lee, “It's All Over Now.”  Then we'll cap that first segment with a swingin' version of “My Blue Heaven” by Frank Sinatra.  Next we'll track film and stage selections kicking off with Dean Martin followed with Lena Horne and Bing Crosby with Louis Armstrong.  We'll do some swinging next with Les Brown and his Band of Renown with “Leap Frog.”  Hear the Four Knights with “I Get so Lonely,” Doris Day with a sultry version of “Moonglow”, Bobby Darin with “Clementine” and Eydie Gorme and the Cookies as we “Blame it on the Bossa Nova”.  Sing along with Mitch Miller for “Shine on Harvest Moon.”  Hear more film music with Vic Damone singing “Laura” and Simon and Garfunkel from “The Graduate.”  More with Glen Campbell, Bill Pursell's haunting and beautiful “Our Winter Love”, and Les Paul with wife Mary Ford with “Waiting for the Sunrise.”   Wait no more.  Have a listen and enjoy at Mix-cloud. 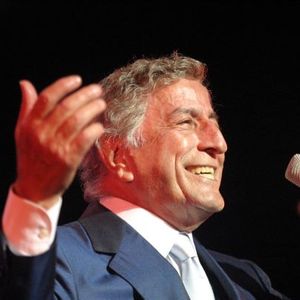 On The Neon Beat (show 50R6)  Dean Martin kicks off the hour with “You're Nobody Til Somebody Loves You”.  We'll bring back Dean with Jerry Lewis for a smile or two with “The Money Song.”  Michael Buble takes it next with “Feelin' Good.”  Among the fine period groups this hour we'll track songs by The Carpenters, The Four Coins, and Terry Gilkyson with his Easy Riders.  Bette Midler sings a Peggy Lee song sung by Peg in the Disney film, Lady and the Tramp.  Hear Nat King Cole with a lovely rendition of the song, “Tenderly”.  “Let Yourself Go” listening to Ella Fitzgerald followed up with a lush rendition of the song “Ruby” by Ray Charles.  Tap your feet listening to Doris Day with her 1958 hit record, “Everybody Loves a Lover.”  Our instrumental offerings include “Blue Tango” by Hugo Winterhalter, the theme from the film “Charade” by the Henry Mancini Orchestra and a fine George Gershwin selection by the 101 Strings Orchestra.  More with Tom Jones, Roger Whittaker, Pat Boone and Louis Armstrong. 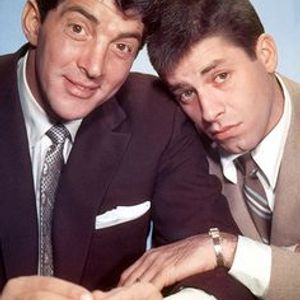 On the Neon Beat (show 49R6)  Rosemary Clooney backed by the orchestra of Perez Prado opens this swingin' session with “Magic is the Moonlight”.  It'll by followed up with a Broadway favorite sung by Tony Bennett from “Bye Bye Birdie.”  Get your big band fix with selections by the Ames Brothers backed by Les Brown and his Band of Renown, Harry James with Helen Forest, Frank Sinatra with the orchestra of Nelson Riddle,  Kay Starr with “Night Train”, and a cool memory with Tony Pastor's Band backing Rosemary and Betty Clooney with the “Hawaiian War Chant”.  Crank up Al Wilson with one of his signature hit songs,  “The Snake”.  (That's Al in the pic)  We'll play one of the many hit songs for Nat King Cole: “LOVE”.  We'll drop in on the year 1961, with an instrumental hit song by Bert Kaempfert called “Wonderland by Night.”  Turn up more 1960's hit songs with Lou Rawls, Herb Alpert & the TJB and Vikki Carr.  Vic Damone performs another Broadway number from Pal Joey, “I Could Write a Book”.  And listen to Barbra Streisand with a lovely song from “Yentel.”  More from Michael Buble and Robert Goulet.  Enjoy! 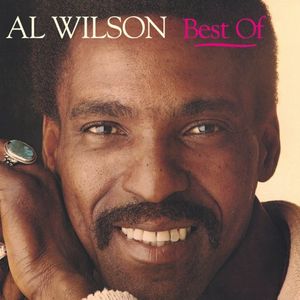 On the Neon Beat (show 48r6)  Perry Como steams open this session with the Ramblers for a mid 1950's hit song called, “Don't Let the Stars Get in Your Eyes.”  Next we let The Lettermen take the stage for their retake of the old Four Coins hit song, “Shangri La” followed up with Kay Starr's “The Man Upstairs”.  Our film and TV theme selections include the theme from “Gigi” by Andre Previn and the orchestra, Ferrante and Teicher with the theme from the film “Exodus” and the Henry Mancini orchestra with “Mister Lucky.”  Get your Sinatra fix as he and Nelson Riddle's orchestra brew up a little “Witchcraft”. Then get your Elvis fix as the King sings, “Are You Lonesome Tonight”?  We'll team up Barry Manilow with The Association for a great reunion retake of their hit song, “Cherish”.  Listen to more great period hit songs by The Carpenters, The Kingston Trio, and The Lovin' Spoonful.  Tom Jones punches out a steamy version of “Love Me Tonight.”  Be sure to catch the lovely Jaye P. Morgan for the song, “That's All I Want From You.”  And crank up a lovely tune heard in a James Bond film performed by Carly Simon.  Instrumentals with Walter Wanderley and Lawrence Welk. 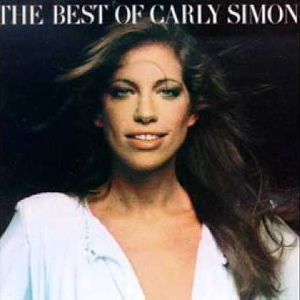