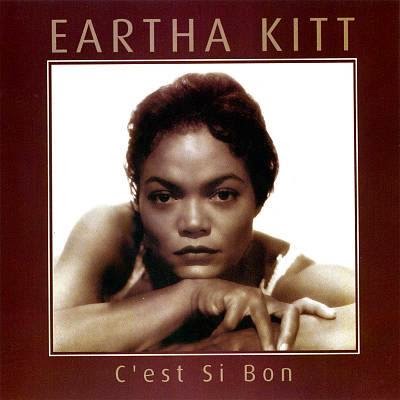 On The Neon Beat this week, Jukebox 1: Kay Starr sings her 1952 hit, "Side By Side as we open another round of music from the 1940's, 50's and 60's. Frank Sinatra takes the mic next for "I've Got The World On A String." Enjoy a steamy number from a 1952 review performed by Eartha Kitt. Nat King Cole follows with "To The Ends Of The Earth." Enjoy some classic 50's rock with Dion's "Runaround Sue." Hear some great old folk music with Peter, Paul and Mary, and Jimmie Rodgers. We remember a 1960 movie with John Wayne as Johnny Horton sings "North To Alaska." Great instrumentals by Glen Gray, Michel Legrand, and Hugo Winterhalter. Listen to Perry Como, Brenda Lee, Dean Martin and more. Hear the show all week at: http://www.radiogeorge.com/neonbeat/

On The Neon Beat this week, Jukebox 2: Peggy Lee starts this hour up with a rousing version of "Come Back To Me." Then hear Vic Damone as he sings a song from "West Side Story." Dean Martin sings a fun song from "Oceans Eleven." Frank Sinatra goes "All The Way" with Nelson Riddle and his Orchestra. Listen to Barbra Streisand sing a hit song she bet, in the studio, would never be one. Strap on your seat belt for an old novelty song by The Playmates. Bring you soup and fish as we do some polka with Perry Como and the Fontane Sisters. Etta James sings some soul with "Trust In Me." Hear Robert Goulet with his signature song from "Camelot." Patsy Cline, Al Martino, Elvis Presley and lots more. Leave comments see the playlists at: http://theneonbeat.blogspot.com/

On The Neon Beat this week, Jukebox 3: Trini Lopez launchers this hour with a salsa treatment of an old folk song, "Lemon Tree." Rosemary Clooney takes the stage next with "April In Paris." Nat King Cole warms things up the Ralph Carmichael chorus with "Those Lazy Hazy Crazy Days of Summer." Hear the New Seekers with a song that later turned up as a theme for a soft drink. Listen to the English gentleman, Matt Monro with a lovely version of "Ebb Tide." Hear some early Tony Bennett as he sings "Because of You." We'll team up Sammy Davis with Count Basie for a great old Peggy Lee hit. Instrumentals by Moe Kauffman, Walter Wanderley, and Bill Pursell. Hear Rick Nelson, Marty Robbins, Much more at: http://www.radiogeorge.com/neonbeat/ 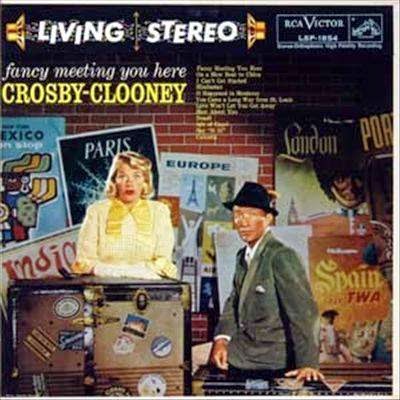 On The Neon Beat this week, Jukebox 1: Bing Crosby and Rosemary Clooney open this hour with "Come To The Mardis Gras." Then we'll track a rousing jazz standard called "Avalon" performed by Nat King Cole. Hear a lovely 1967 song from the Broadway play, "I Do, I Do" sung by Ed Ames. Frank Sinatra sings a good old Les Brown hit, "How Bout You." His daughter Nancy sings her 1966 hit, "Sugar Town." Hear some great film music from My Fair Lady sung by Vic Damone. Glen Campbell sings a song that brought home the bacon for songwriter John Hartford for years after, "Gentle On My Mind." We'll spin a 1950's hit for a one hit wonder group called "The Pony Tails" (tight harmony) Listen to Eydie Gormet, Sammy Davis Jr, Bobby Sherman, Henry Mancini and much more. All at: http://www.radiogeorge.com/neonbeat/

On The Neon Beat this week, Jukebox 2: Frank Sinatra launches this set with a lush version of "April In Paris." We'll do a little "Walking After Midnight" with Patsy Cline." Listen to an Uncle Milton Berle song of "Sam You Made The Pants Too Long" by Barbra Streisand. Enjoy a lovely version of an old Hoagy Carmichael standard sung from Nat King Cole. Tony Bennett sings a song from the film "The Sandpiper." We'll play one of the folk hits by the Australian group, The Seekers, "I'll Never Find Another You." Hear The Drifters "Up On The Roof." We'll remember one of the great "road movies" as we team up Bing Crosby with Bob Hope. You'll hear Joni James, Glen Campbell, Segio Mendez and monay more. Leave comments see the playlists at: http://theneonbeat.blogspot.com/

On the Neon Beat this week, Jukebox 3: Hang on to your hat as Caterina Valente storms on the stage with a rousing version of an old Xavier Cugat hit, "The Breeze and I" Tony Bennett recalls some hungrier times with his 1960's hit, "Rags To Riches." Listen to an old Jazz standard featuring The Ames Brothers, "On a Slow Boat To China." Laugh a little with Allen Sherman's letter from summer camp. We'll "Sing In the Sunshine" with Gale Garnett. Enjoy some movie instrumentals with Morris Stoloff and Henry Mancini. Hear some Sinatra with the song "My Blue Heaven" from the Swingin' Session album. The New Christy Minstrels, Sarah Vaughan, Bobby Darin and more. Hear them all at: http://www.radiogeorge.com/neonbeat/ (pic" Allen Sherman from "My Son the Nut" album. circa 1963 ) 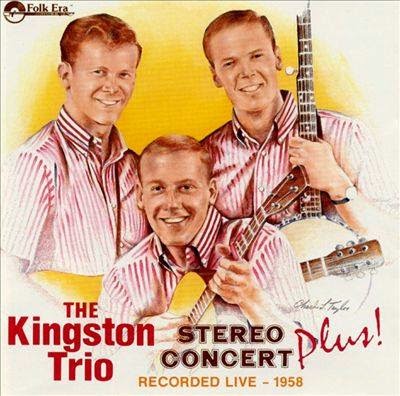 On the Neon Beat this week, Jukebox 1: "Something's Gotta Give!" The McGuire Sisters begin this hour with a rousing hit version of that song. Pat Boone is next with a 1957 hit called, "Love Letters In The Sand." Listen to some great folk with The Kingston Trio as they perform, "Raspberries and Strawberries." Andy Williams will sing a 1963 hit single, "Can't Get Used To Losing You." We'll play a Frank Sinatra song from the 1961 film. "Pocketful Or Miracles." Great instrumentals by Roger Williams, The T-Bones, and Felix Slatkin's "Theme From The Sundowners." Enjoy a little Stevie Wonder with "Your Are The Sunshine Of My Life." Hear a lovely song by Della Reese, "Most Beautiful Words." The Chordettes, Perry Como, Sammy Davis Jr. Enjoy these and more classic greats at.. http://www.radiogeorge.com/neonbeat/

On The Neon Beat this week, Jukebox 2: Pucker up as Georgia Gibbs storms on stage with "Kiss Of Fire." Then, hear a 1960's one hit wonder who went by the name of "Leapy Lee." Watch out for those "Little Arrows." Hear the signature hit song for Mr. Tony Bennett, "I Left My Heart In SF." Listen to Frank Sinatra with the song, "Softly As I Leave You." Dean Martin teetotles a touch with , "Little Old Wine Drinker Me." Connie Francis performs her sultry version of "Embraceable You." Listen to a Glenn Yarborough hit from a 1965 film starring Steve McQueen and Lee Remick, "Baby the Rain Must Fall." Louis Armstrong sings and toots some great Broadway music. Listen to Buddy Greco, Dionne Warwick, Dion and the Belmonts and more. See the playlists and leave a comment at.. http://theneonbeat.blogspot.com/

On the Neon Beat this week, Jukebox 3: The Nat King Cole Trio opens this set with an old Duke Ellington standard, "Don't Get Around Much Anymore." Next, a jazzy version of an old song, roughly translated means, "lovely sweet one." The Mills Brothers sing, "Cielito Lindo." Dusty Springfield sings a hit song from the film, "the Thomas Crown Affair." Hear great instrumentals by Walter Wanderley, Raymond Lefevre, Bert Kaempfert, and some Glen Gray big band. We'll team up Frank and Nancy Sinatra for "Something Stupid." Tom Jones with "It's Not Unusual." Bobby Darin performs a smokin' version of "I Got Rhythm." Hear Johnny Mathis, Petula Clark and more at: http://www.radiogeorge.com/neonbeat/ 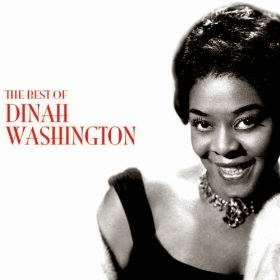 On The Neon Beat this week, Jukebox 1: The Four Knights launch this weeks offerings with their 1955 hit song, "I Get So Lonely." Frank Sinatra sings one from the great American songbook, "The Lady Is A Tramp." Hear Peggy Lee with a song performed with a band directed by Randy Newman, "Is That All There Is?" We'll team up Bing Crosby with friend Rosemary Clooney for a big band standard, "I Can't Get Started." Enjoy some period instrumentals by Andre Previn, Bill Justice, and Arthur Fiedler directing the Boston Pops. Hear Dean Martin with "Powder Your Face With Sunshine." We'll go to "the Movies" with The Statler Brothers. We'll play the Hilltoppers, Johnny Mathis, Dinah Shore, Tony Bennett and more. all at: http://www.radiogeorge.com/neonbeat/

On The Neon Beat this week, Jukebox 2: Tom Jones gets this great set started with "Help Yourself." We'll follow it up with some wonderful New Orleans trumpet by Al Hirt as he plays "Java." Ella Fitzgerald skats a jazzy version of the song called "Blue Skies." We'll go "Swingin' Down The Lane." with Frank Sinatra. Listen to the Mills Brothers with "Across The Alley From The Alamo." Sarah Vaughan sings a 1959 hit song from "Damn Yankees." We'll play a sweet signature hit for The McGuire Sisters. Dean Martin sings (with a little alfredo on the tie) "Mambo Italiano." Hear one of the biggest charting instrumental hits of all time by Paul Mauriat. Hear Buddy Clark, Nat Cole, Harry Belefonte and more. See the playlists and leave comments at: http://theneonbeat.blogspot.com/

On the Neon Beat this week, Jukebox 3: Dinah Washington steams on stage to sing a song from Guys and Dolls, "If I Were A Bell." Tony Bennett is next with a beautiful song, the melody of which, was taken from an opera. Nat King Cole croons a song written by Bert Kaempfert called "LOVE." Enjoy some 1950's favorites sung by The Crests, Annette Funicello, and Buddy Knox. Listen to a big sky western set with Marty Robbins, Glen Campbell, and the theme from a film starring John Wayne and Dean Martin. You'll hear the Ames Brothers with an old Tommy Dorsey hit. We'll track a TV theme that starred Robert Blake sung by Sammy Davis Jr. Hear Al Martino, Patti Page, The Four Freshmen and more. All at.. http://www.radiogeorge.com/neonbeat/