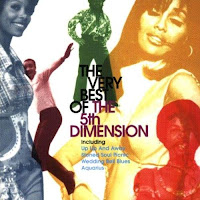 On The Neon Beat this week, Jukebox 1: Louis Armstrong and Bing Crosby launch into a little Mardis Gras “Way Down Yonder in New Orleans.” Jo Stafford takes the mic next with an amorous number with Paul Weston’s Orchestra called, “Sunday Kind of Love.” Enjoy some film music with the Lettermen’s “Theme from Summer Place” and Vic Damone with “An Affair to Remember.” We’ll introduce some holiday selections in this week’s edition of TNB including Robert Goulet singing “No Place Like Home For the Holidays” and David Benoit from “A Charlie Brown Christmas.” Frank Sinatra performs some great Cole Porter, “Night and Day.” Hear great group ensembles like The Mills Brothers, The New Christy Minstrels, Harpers Bazaar, and The Carpenters. Enjoy some tabasco with Perez Prado and his Orchestra with “Rocka-Mambo No. 5” followed up with Rosemary Clooney singing, “You Took Advantage of Me.” Sammy Davis Jr perfroms his hit song, “The Shelter of Your Arms” followed up with an old TV song by Henry Mancini called, The Theme From Cade’s County.” We’ll track a great old song sung by KC’s Marilyn Maye, and a musical “Thank you” from Mr. Wayne Newton. Also a great hit standard for Lena Horne.at: http://www.radiogeorge.com/neonbeat/

On the Neon Beat this week, Jukebox 2: Kay Starr launches this set as we go “Swinging Down the Lane.” Tap your feet next to “That Old Bilbao Song” with Andy Williams. Warm yourself up with Chad and Jeremy’s sweet hit song “A Summer Song” and “It Might As Well Be Spring” with Andre Previn and his Orchestra. Set 2 begins with Patti Page’s female answer to the John Hartford hit, “Gentle On My Mind” followed up with a sentimental number by Al Martino “Daddy’s Little Girl” and the song that won an award for Frank Sinatra and the Gordon Jenkins Orchestra that year. Enjoy two Christmas favorites with that 1967 romp version of “Jingles Bells” by Barbra Streisand and a south of the border rendition of “Dear Senior’ Santa Clause by “Jim Reeves.” We’ll reunite the Fifth Dimension for the “Wedding Bell Blues” followed up in the next set with “Jump Shout Boogie” by Barry Manilow and some Swing N’ Jive with a great Glenn Miller classic. We’ll feel that “Look of Love” sung by Dusty Springfield. Enjoy a Tony Bennett rendition of the song, “Fly Me to the Moon.” We’ll spln hits by The Vogues, Jo Stafford and actor Gordon MaCrae, Anita O’Day and the 1960 tale of “Big John” spun by Jimmie Dean. See the playlists, leave comments, see links at: http://theneonbeat.blogspot.com/

On The Neon Beat this week, Jukebox 3: Dean Martin opens this hour with “Send Me the Pillow You Dream On.” Nat King Cole takes it next with a Ralph Marterie hit that Nat just about had to pull a gun to get the rights to use it. Hear Nat’s hit version of “Pretend.” Next a Holiday memory as we remember the film White Christmas with Rosemary and Betty Clooney, followed with the iconic song from the film sung by Bing Crosby. (Holdout for a few tidbits you may not have known about the song.) Engelbert Humperdinck opens the next set with one of his early hits, “The Last Waltz” followed with Petula Clark’s big 1967 hit record, “Don’t Sleep in the Subway.” Hear a movie favorite as Henry Mancini’s Orchestra plays the theme from “Darling Lili.” Listen to some fine period instrumentals with Leroy Anderson, Percy Faith, and Booker T and the MG’s. (requested) Kay Starr spins the “Wheel of Fortune,” followed with Perez Prado’s salsa treatment of “Patricia.” We’ll track Anne Murray’s first big 1970 hit on the Capitol label, “Snowbird” followed with one of Glenn Campbell’s most beloved songs. Hear songs with Kitty Kallen, Jim Lowe, and introducing a Kansas City talent, named Rob McHenry with “The Lady in Red.” Listen now at : http://www.radiogeorge.com/neonbeat/ 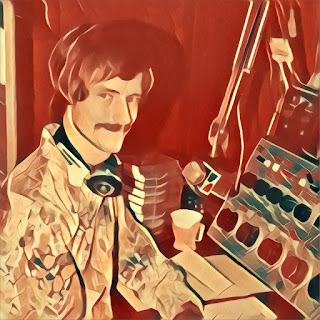 On The Neon Beat this week, Jukebox 1: Tommy Edwards opens this hour with his 1958 hit single, “It’s all in the Game.” Frank Sinatra follows up with a good ol’ Harold Arlen song, “Let’s Fall in Love.” Ella Fitzgerald performs an Irving Berlin favorite heard in the 1936 Fred Astaire/Ginger Rogers film “Swingtime.” Listen to some great big band with Harry James and his trumpet playing his signature hit, “You Made Me Love You.” We’ll team up Bing Crosby with his son Gary for “Sam’s Song” followed up with a cartoon favorite picked up by Bugs Bunny, sung here by The Ink Spots. Perry Como and Betty Hutton get together for a 1954 favorite from the play, “Guys and Dolls.” Enjoy a Doris Day favorite from thee film, ‘the Man Who Knew Too Much” followed up by “Red Roses for a Blue Lady” by Vic Dana and a Johnny Mercer standard backed by The Pied Pipers. Roger Whittaker sings his 1975 overnight hit called “The Last Farewell.” Barbra Streisand sings a fun song heard in the Disney film “Pinocchio.” Listen to hit songs Al Hirt, Nancy Sinatra’s “Boots. Listen at: http://www.radiogeorge.com/neonbeat/

On The Neon Beat this week, Jukebox 2: Dean Martin starts this final set with a jazzy standard, “You’re Nobody Til Somebody Loves You.” Then enjoy some classic Burt Bacharach/Hal David hit music sung by Dionne Warwick. Fred Astaire sings and taps his way thru one of his hit songs from “Top Hat.” We’ll spin a fun old Irish diddy with Dennis Day doing, “Clancy Lowered the Boom.” Enjoy a doo wop favorite by The Casinos, “Then You Can Tell Me Goodbye.” We’ll spin a set with Peggy Lee singing her 1947 hit song, “Manana Is Good Enough For Me” followed up with Paul Anka’s “Put Your Head on my Shoulder” and Johnny Mathis singing “Wonderful, Wonderful.” Hear some big band as Benny Goodman and his Orchestra perform “The Jersey Bounce.” Hear Petula Clark’s “The Other Man’s Grass is Always Greener.” We’ll track a hit song by “The Pozo Seco Singers (featuring Don Williams). We’ll play records by Perry Come, Tony Martin, and go to the back of the rack for an old favorite by Mildred Bailey.  See the playlists leave comments at: http://theneonbeat.blogspot.com/

On The Neon Beat this week, Jukebox 3: Big Chicago boy named Lou Rawls opens this set with his Capitol records hit, “You’ll Never Find Another Love Like Mine.” Next we’ll do a little slow dancing with a great Glenn Miller standard sung by the Ames Brothers. We’ll team up Bing Crosby with The Williams Brothers for “Swing on a Star.” Hear some fun film-TV standards with Pat Boone singing “April Love”, Nelson Riddle with the “Theme from Route 66,” Sammy Davis Jr with the theme from the ABC TV series “Barretta”, a musical romp with Bing Crosby and Frank Sinatra from “High Society,” and a song by actress Judy Garland from “Meet Me In St Louis.” Listen to Ella Fitzgerald sing some great Cole Porter music, “Begin the Beguine.” Enjoy some great big band with the Glenn Miller Orchestra with “I Got a Gal in Kalamazoo!” We’ll track a hit song for Barbra Streisand called “He Touched Me” followed up with a “Recipe for Making Love” with Harry Connick Jr and then we’ll get our sunny side up with the Hi Lo’s and the orchestra of Frank Comstock. Songs by Dean Martin, Connie Francis and more. Listen at: http://www.radiogeorge.com/neonbeat/
Posted by Neon Jazz at 1:11 PM No comments: