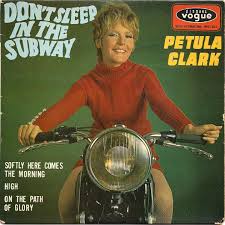 On the Neon Beat this week, Jukebox 1: Perry Como kicks off this week’s selections with his 1956 hit record, “Hot Diggity.” Dean Martin follows up with “An Evening in Roma.” Listen to a song performed by one of the most distinctive voices of her genre and period. Sarah Vaughan sings, “Seranada.” Frank Sinatra sings one “Too Marvelous for Words.” Nat King Cole joins up with the Ralph Carmichael Orchestra and Chorus for, “Those Lazy Hazy Crazy Days of Summer.” Enjoy some great single hits by period groups like, The Ames Brothers, The Mills Brothers, The Everly Brothers, and The Fleetwoods. We’ll spin a hit record from the 1967 lark spy film, “Casino Royale” sung by Dusty Springfield. Laugh a little with television writer, producer, and standup comedian, Allen Sherman with, “Hello Muddah, Hello Faddah.” Listen to a snappy west coast jazz rendition of “Taking a Chance on Love” performed by Anita O’Day. Frankie Laine sings a come-from-behind “B” side hit, called “Rose, Rose I Love You” followed by the lovely Jo Stafford singing “Symphony.” Listen for a “requested” song for the one hit wonder by The Murmaids. Instrumentals by Leroy Anderson, Les Baxter, and the Rochester Pops. Listen today at: http://www.radiogeorge.com/neonbeat/

On the Neon Beat this week, Jukebox 2: Mel Carter launches into this set with “Hold Me, Thrill Me.” Then we light up the evening with Tony Bennett singing, “Firefly.” Enjoy some period film selections such as, “Moulin Rouge” with Percy Faith, “The Theme from “Cat Ballou” with Nat King Cole and Stubby Kaye, and Barbra Streisand performing a beautiful song from “House of Flowers” written in part by Truman Capote. We’ll team up Brook Benton and Dinah Washington for “Baby You’ve Got What it Takes.” We’ll take the microphone live to the French Quarter for some lively Dixieland with Al Hirt. Listen to Eydie Gorme as she sings the lovely standard, “Fly Me to the Moon,” and Frank Sinatra with “S’posing” from his “Swingin” session album with Nelson Riddle. Enjoy some great big band with The Glenn Miller Orchestra. Then you better sell your old machines as we hear Brook Benton with his hit version of “The Boll Weevil Song.” Here the one hit record from Britain’s own, Russ Hamilton as he sings “Rainbow.” We’ll spin songs by Debbie Reynolds, Bruce Channel, and Gene Pitney. See the lists, leave comments at: http://theneonbeat.blogspot.com/

On the Neon Beat this week, Jukebox 3: Petula Clark opens this hour with her 1967 hit single, “Don’t Sleep in the Subway.” Then we’re “Just in Time” to track some more Tony Bennett. We’ll recall the golden days of MGM as we listen to “I Got Rhythm” by actress Judy Garland. We’ll track the golden voice of Mr. Vic Damone with his stirring version of ‘You’re Breaking My Heart.” You’ll hear some Big Band selections with Glenn Miller, and Benny Goodman. Get set for hit records by great period groups like, The Four Freshmen, The Sandpipers, The Fontaine Sisters, and the Everly Brothers. Hop aboard the “Tijuana Taxi” with Herb Alpert and the TJB, then enjoy a song from a period film called “The Happening” by The Supremes. We’ll meld a little salsa and swing with Frank Sinatra as we go “South of the Border.” We’ll spin Jerry Wallace’s 1958 hit, “Primrose Lane” Patti Page with “Just a Simple Melody” and a single standout hit record from 1963 performed by “The Singing Nun.” Listen to Elvis Presley’s tender song with the Jordanaires, “Crying in the Chapel." Tune in at: http://www.radiogeorge.com/neonbeat/ 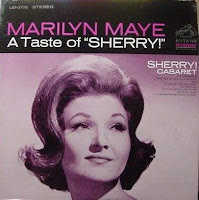 On The Neon Beat this week, Jukebox 1: Tony Bennett and Diana Krall team up for a song serving as one of our show’s mantras, “The Best is Yet to Come.” The Four Lads pop in there next for some great Broadway music, “Standing on the Corner.” Then listen to Frank Sinatra with the tender hit song, “Young at Heart” followed up with the 1968 hit record for Merrilee Rush, “Angel of the Morning.” We’ll turn up the room temperature with Robert Goulet’s “Summer Sounds” then spin the 1964 chart hit for The Ray Charles Singers, “Love Me With all your Heart.” We’ll pull out the Pan Am TV Soundtrack for Ella Fitzgerald’s great rendition of “Blue Skies” followed with a big band standard for Benny Goodman. We’ll spin period hit songs like Ben E. King with “Save the Last Dance for Me,” Johnny Mathis with “Venus” and Doris Day with her 1958 toe tapper, “Everybody Loves a Lover.” Listen to a period TV instrumental hit for Al De Lory as he plays, “The Theme from MASH.” Hear Diana Ross sing the “Theme from Mahogany” and Roger Miller’s “King of the Road.” Songs with Buddy Clark, Art Mooney, and Linda Ronstadt. Listen now at: http://www.radiogeorge.com/neonbeat/

On The Neon Beat this week, Jukebox 2: Louis Jordon launches this hour on track number 1 for “Choo Choo Ch’ Boogie.” Lena Horne takes the stage next for her signature performance of “The Lady is a Tramp.” Then hear the smooth alfredo croon of Vic Damone with “There I’ve Said it Again.” We’ll team up Frank Sinatra and Rosemary Clooney for a fun Cole Porter romp called, “Cherry Pies Outta Be You.” We’ll spin great period instrumentals with Nelson Riddle’s Orchestra, Glenn Miller, and Bert Kaempfert. Jazz diva Dianne Reeves performs a smooth jazzy rendition of “Lady Be Good.” Listen to period groups like Ruby and the Romantics with “Our Day Will Come,” get “Smack Dab in the Middle” with the Mills Brothers, and Sing Along with Mitch Miller. Enjoy some period movie music as Henry Mancini’s Orchestra and chorus do, “The Theme from Charade.” Dean Martin sings, “Somewhere There’s a Someone” followed up with Petula Clark’s rendition of a Charlie Chaplin song from “Countess from Hong Kong.” Hear Louis Armstrong with “Hello Dolly.” Records by Rosemary Clooney and Bette Midler. See the lists and leave comments: http://theneonbeat.blogspot.com

On The Neon Beat this week, Jukebox 3: Les Baxter’s Orchestra and Chorus kick off this set with “Wake the Town and Tell the People!” Eddie Fisher takes the mic next wearing his high school letter jacket to sing, “Dungaree Doll.” The first lady of swing performs a great Cole Porter song: Ella Fitzgerald sings “I Get a Kick Out of You.” We’ll track period hits featuring Nat King Cole with “Mona Lisa,” Doris Day’s lively, “Lullaby of Broadway,” and Dean Martin with, “You’re Nobody Til Somebody Loves You.” Hear Kansas City’s own Marilyn Maye with “Cabaret!” Enjoy period instrumental hits as we track Henry Mancini’s, “Mister Lucky,” Al Hirt’s 1964 hit record, “Java,” and John Williams and the Boston Pops with “Green Eyes.” We’ll spin a sassy jazzy version of “Up a Lazy River” performed by Bobby Darin followed by Petula Clark singing “Kiss me Goodbye” and Guy Mitchell with a 1950’s memory called “The Roving Kind.” Hear Frank Sinatra with “Hidden Persuasion,” MGM’s Joni James with “Purple Shades,” and Tony Bennett with the Count Basie Orchestra. Listen today at: http://www.radiogeorge.com/neonbeat/
Posted by Neon Jazz at 10:17 AM No comments: 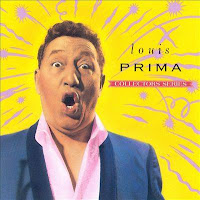 On the Neon Beat this week, Jukebox 1: Frank Sinatra launches this hour with a swingin’ rendition of the song “Blue Moon” with Nelson Riddle’s Orchestra. Then we’ll track some great big band with Harry James and singer Helen Forrest. Hear more big band offerings with Glenn Miller and a couple with Louis Prima and Keely Smith. Listen to a smooth rendition of the song “Tenderly” by Nat King Cole, followed with Lawrence Welk’s 1961 pop hit, “Calcutta.” You’ll hear more instrumental standards with Ray Conniff, Nelson Riddle with the theme from “Route 66” and a two-fer with Herb Alpert and the TJB. Enjoy a smooth Cole Porter standard sung by Ella Fitzgerald. The Lettermen perform the song “Where or When,” composed for the Rogers and Hart musical, “Babes in Arms.” Dean Martin croons his signature standard, “Everybody Loves Somebody.” Hear a film theme from “Valley of the Dolls” by Dionne Warwick followed with those “Moments to Remember” by the Toronto group, The Four Lads. We’ll board “the Atchison Topeka and the Santa Fe” with Rosemary Clooney and go “South of the Border with Perry Como. Also, enjoy a stirring patriotic offering by actor John Wayne. To listen, go to: http://www.radiogeorge.com/neonbeat/

On The Neon Beat this week, Jukebox 2: The Crew Cuts open this hour with their 1954 R&B pop hit, “Sh- Boom.” Then KC’s own Marilyn Maye slams on stage with a rousing rendition of “The Song is You.” Listen to Nat King Cole as he displays his bilingual skills for “Darling Je Vous Aime Beaucoup.” Listen to some film music with Henry Mancini, Fred Astaire from “Top Hat,” and Barbra Streisand with the beautiful Paul Williams song from “A Star is Born.” Tom Jones takes the mic next for his first across-the- pond hit song, “It’s Not Unusual.” We’ll spin the one hit wonder for Art and Dotty Todd from 1958. Hear DOT records’ Billy Vaughn with his first chart hit on the label, “Melody of Love.” Hear a set with the operatic voice of Tony Martin, “To Each His Own,” Jo Stafford with an amorous song, “Make Love to Me,” and Johnny Mathis with his smash 1957 hit song, “Chances Are.” Chicago’s own Lou Rawls sings his hit, “Lady Love.” Then hear a little Brit invasion standard sung by Chad and Jeremy. We’ll enjoy our “70’s” offering from Carole King’s “Tapestry” album. Omaha’s Roger Williams strokes the keyboard for “Autumn Leaves.” Enjoy Dean Martin’s 1956 song with the EZ Riders, “Memories are Made of This.” Go to and turn it up: http://www.radiogeorge.com/neonbeat/

On The Neon Beat this week, Jukebox 3: Italian tenor, Mario Lanza kicks of this hour with “Be My Love.” Then Rosemary Clooney grabs the mic for a song from “Gypsy.” Next, listen to a Rat Pack set with Frank Sinatra, Dean Martin, and Sammy Davis Jr. The New Christy Minstrels take the next set with Barry McGuire on the lead for “Green Green.” Hear more hit songs with fine period groups like, the Four Knights, and the Hilltoppers. We’ll track some film/show favorites with Doris Day’s “Secret Love” from “Calamity Jane,” Ferrante and Teicher with the “Theme Form Antony and Cleopatra, Ray Conniff with the theme from another Doris Day film, “Midnight Lace,” and actress Marilyn Monroe with her iconic performance from “Gentlemen Prefer Blondes.” Ella Fitzgerald sings a song bout’ “A Beautiful Friendship.” Get set for Eartha Kitt who beckons with a racy Cole Porter number, “Let’s Misbehave.” Frankie Valli follows next with his solo hit song, “Can’t Take My Eyes Off of You.” New Orleans’ great trumpeter, Al Hirt slathers the horn for the song, “Sugar Lips.” Enjoy Barbra Streisand’s lovely rendition of “He Touched Me” back by Don Costa’s arrangement and orchestra. Step on it Jeeves: http://www.radiogeorge.com/neonbeat/