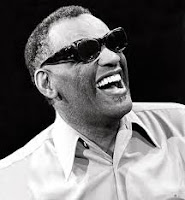 On The Neon Beat this week: Juke 1 one opens this week with some perky offerings beginning with Ray Charles with “Halleluja! I Love Her So,” followed with Perry Como's “Girl with the Golden Braids” and “Happy Heart” sung by Petula Clark. We'll fill a request this week for a little “Carpenters” doing a song written by Omaha, Nebraska native Paul Williams. Jukebox 2 launches with an enchanting rendition of “A Beautiful Friendship” by Ella Fitzgerald followed with Steve Lawrence's 1960 hit song, “Pretty Blue Eyes.” We'll light up the hop as we open Jukebox 3 with Nat King Cole's jazzy, “Send for Me” and do some swinging with Les Brown and his Band of Reknown. Get your “Frank Fix” with 3 songs by Sinatra. “I'll Be Seeing You”, “Learning the Blues”, and “Hidden Persuasion.” Listen for those great stage and film standards like a song from “Mame” by Sachmo, Johnny Mercer's “Accentuate The Positive” from “Here Come the Waves”, The Brothers Four with one from the film, “The Alamo” and a Hoagy Charmichael song from “Here Comes the Groom” sung by Rosemary Clooney. More with Jack Jones singing a song (intended for the film)” “Wives and Lovers”, Vikki Carr with a song from “Oklahoma”, Ray Anthony with the theme from “Peter Gunn,” and Bing Crosby with Louis Armstrong from “High Society” with a song called “Now You Has Jazz.” Turn up those fine period instrumentals with Walter Wanderley, Michel Legrand, Nelson Riddle, Jackie Gleason, Horst Jankowsky, Les Baxter, Al Hirt, and Leroy Anderson. Well pull some back-o'-the-rack songs you haven't heard in awhile sung by the Crew Cuts, Ivory Joe Hunter, Peggy Lee, Guy Mitchell, Julie London, and Georgie Fame. Much More! Go to: http://www.radiogeorge.com/neonbeat/NB-Hour1.htm 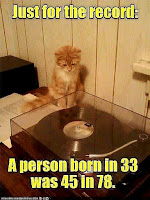 On the Neon Beat this week: Hand me down my soup and fish as Perry Como opens Juke 1 with “Hoop Dee Doo.” The McGuire Sisters open up Juke 2 “Just for Old Times Sake,” Listen to Tennessee Ernie Ford luanch into Jukebox 3 with his biggest chart hit, “16 Tons.” Get your fill of the great period groups like The Ames Brothers, The Hilltoppers, The Platters with “The Great Pretender,” and the Four Lads with their 1956 hit, “Not Not Much.” The big band abounds this week with swing era selections like Benny Goodman with Helen Ward singing, “Goody Goody,” Les Brown and his Band of Renown with “Moonlight Seranade,” and Harry James with Helen Forrest with “I'm Beginning to See the Light.” Frank Sinatra sings a film memory called, “A Pocketful of Miracles,” his hit song, “Tell Her You Love Her,” and the lovely “Love's Been Good to Me.” We'll spin film, and stage favorites with Ella Fitzgerald singing “Paper Moon,” Pat Boone with “April Love,” Doris Day with “Secret Love,” Glen Campbell with “True Grit,” and Henry Mancini with “The Pink Panther Theme.” Also hear The Marvelous Marilyn Maye with “Sherry.” We'll spin a song that defined the era for Nat King Cole: “Unforgettable.” Hear great hit songs with Al Martino, Vic Damone, Peggy Lee, Tom Jones, Tony Bennett, and Merv Griffin. Even throw in some Diana Ross and Carly Simon. Lots, lots more. 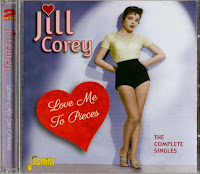 On the Neon Beat this week: We lead into the new year with a mid 50's phenom for whom NBC TV's Dave Garroway picked her show name out of a phone book. Jill Corey opens Jukebox 1 with her 1957 hit song, “Love Me to Pieces.” Roger Whittaker takes it next with “New World in the Morning.” (It is Roger doing the whistling) Then hear Jo Stafford with a lovely panoramic song called, “Suddenly There's a Valley.” Juke 2 launches with “The Coffee Song” by Frank Sinatra leading directly into the rousing “Step to the Rear” by the Marvelous Marilyn Maye. We bring back Roger Whittaker to open Juke 3 with his beautiful mid 70s hit song, “The Last Farewell” followed with a 1950's film theme by the Four Aces, “Three Coins in the Fountain.” Listen to more great show tunes with Maureen McGovern's “The Morning After” from “The Poseidon Adventure,” Dean Martin's “That's Amore” from “The Caddy,” Ferrante and Teicher with the love theme from “The Apartment,” Henry Mancini's Orchestra with “Moon River” and Tom Jones with the theme from “Thunderball.” Enjoy hit songs by the fine period groups like The Platters, The Rooftop Singers, Chad and Jeremy, The Lettermen, Peter and Gordon, and a period TV commercial theme for Alka Seltzer by The T-Bones. Hear Patsy Cline's “Walking After Midnight,” Perry Como with “Magic Moments,' Barbra Streisand's “A Kid Again” from her 1964 TV special, “Bye Bye Blues” by Andy Williams, Al Martino with “Volare,” and Nancy Wilson with her Grammy award winner, “How Glad I Am.” Great songs by Ella Fitzgerald, Louis Armstrong, Tony Bennett with the lovely Diana Krall and more. 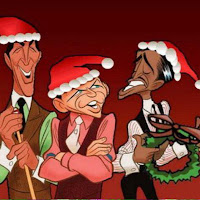 On the Neon Beat this week: We celebrate the Christmas Holiday with great the standards we know and love sung by the artists we know and love. Including Frank Sinatra, Dean Martin, Ray Conniff, Barbra Streisand, Bing Crosby, Robert Goulet, Nat King Cole, Natalie Cole, Julie Andrews and much more. Dig those great instrumentals by Leroy Anderson, The Cincinnati Pops, The London Philharmonic, The Philadelphia Orchestra, and David Rose. All packaged up and under the tree just for you.

Turn up the songs we know and love on The Neon Beat. Merry Christmas and Happy New Year. 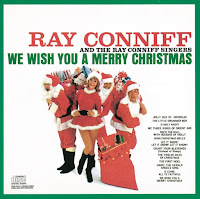 On the Neon Beat this week: Jukebox 1 kicks off with a 1957 film theme from “April Love”sung by Pat Boone. Ed Ames is next with a wonderful seasonal number called “Christmas is the Warmest Time of the Year.” Frank Sinatra sings a fine Cole Porter standard and Nat King Cole will do a smooth version of an old Fats Waller hit song. Frank Sinatra then kicks off Jukebox 2 with a vocal version of a Les Brown standard called, “How Bout You?” Dean Martin heats up the room next with, “I've Got My Love to Keep Me Warm.” We fly “Up Up and Away” as the Fifth Dimension launches Jukebox 3. Then we hear Dean Martin again singing “Send Me the Pillow You Dream On.” This week's offerings feature our usual faire of the hits and standards by the artists we know and love from the 1940's, 50's and 60's with a sprinkling of the Christmas and Holiday favorites we love. Songs sung by Doris Day, Roger Whittaker, Andy Williams,The McGuire Sisters, Harry Belafonte, Judy Garland, Perry Como, Chad and Jeremy and much more. And of course, enjoy those wonderful instrumental selections with Perez Prado, Andre Previn, Percy Faith, Les Baxter, Bill Pursell, Benny Goodman, David Benoit, and Hugo Winterhalter. Happy Holidays as you enjoy listening to the Neon Beat! 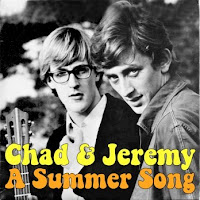 On the Neon Beat this week: Sammy Davis Jr kicks off this week with an offering for the sweet tooth as Sammy and the Mike Curb Congregation sing “The Candy Man.” Then listen to a film theme sung by Connie Francis from the movie “Where the Boys Are,” followed with a jazzy rendition of “Beyond the Sea” by Bobby Darin. Jukebox 2 starts with “The Rock N' Roll Waltz” by Oklahoman, Kay Starr. Then we try a little “Mambo Italiano” with Dean Martin. Listen to Barbra Streisand as she sings “My Heart Belongs to Me.” Juke 3 begins with a “walkin'” number by Nat King Cole, followed up with another Sammy Davis hit song from the production of “Golden Rainbow.” Hear more stage and film selections like actress Julie Andrews singing a song from “My Fair Lady,” Ella Fitzgerald with number from “Kiss Me Kate,” Morris Stoloff with the theme from “Picnic,” Michel Legrand's lovely “Theme from the Summer of 42,” Roger Williams with a song from the 1953 film, “Lili,” and Rosemary Clooney with a song from the 1937 film, “Ready Willing and Able.” More theatre and film music with Bette Midler singing a song from “Lady and the Tramp,” Louis Armstrong and Danny Kaye perform a fun romping version of “When the Saints Go Marching In,” from “The Five Pennies, and hear the Marvelous Marilyn Maye with an amorous number from “Kismet.” Get your Sinatra fix with several hits including “Strangers in the Night.” Listen to great period instrumentals by Kai Winding, Si Zentner, Harry James, Hugo Winterhalter, Michel Legrand, and Barry White's Love Unlimited Orchestra. The great groups abound with hits by the Dixie Cups, the Skyliners, the Chiffons, the Everly Brothers, Chad and Jeremy and the Carpenters.

Tune in today at: http://www.radiogeorge.com/neonbeat/NB-Hour1.htm Enjoy!! 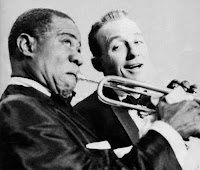 On the Neon Beat this week: We open the first Jukebox with a trip to the big easy with Bing Crosby and Louis Armstrong as we head “Way Down Yonder in New Orleans.” We'll spin some great show tunes including Ella Fitzgerald with “Let Yourself Go,” Fred Astaire with an iconic song from “Top Hat,” Perry Como with Betty Hutton singing a song from “Guys and Dolls.” Hear a song from “Kiss Me Kate” sung by the Four Lads, a rousing song from Barbra Streisand's Broadway Album, the theme from “A Summer Place sung by The Lettermen, and we bring back the Four Lads for one from “West Side Story.” Juke 2 opens with a Dean Martin favorite, “Lay Some Happiness on Me.” We track more of our great Italian singers like Frank Sinatra singing “Witchcraft,” and Frank with Keely Smith doin' “How Ya Fixed for Love.” Tony Bennett sings a song about that “Toddlin' Town” with the Count Basie Orchestra and enjoy Vic Damone as he sings the song from the film “Laura.” Enjoy songs by the old pro's we know and love like Nat King Cole, Perry Como, Patti Page, Ray Charles and Dionne Warwick. Crank up the instrumentals with Henry Mancini, Ferrante and Teicher, John Williams and the Boston Pops, Leroy Anderson, and Hugh Masakela's “Grazing in the Grass.” Laugh a little with Bob Hope and Bing Crosby as they sing one from one of their famous “road movies”, “Put er' There Pal.” Lots, lots more. Go to: http://www.radiogeorge.com/neonbeat.htm