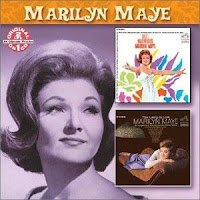 On the Neon Beat this week, Jukebox 1: Actor Bobby Sherman launches this week’s selections with a rousing hit called, “Julie Do You Love Me.” Herb Alpert (bachelor no. 1) gathers his Tijuana Brass in studio for “The Spanish Flea.” We’ll track more great instrumentals this hour with the Henry Mancini Orchestra, David Rose’s “the Stripper” and “Holiday for Strings.” Get set for some great standards sung by actress Judy Garland with “I Got Rhythm” and Robert Goulet with “The Nearness of You.” Enjoy some fine period groups like The Carpenters, The Vogues, The Hilltoppers, and The Ray Conniff Singers. We’ll remember Mister Dick Clark as Barry Manilow sings “the American Bandstand Boogie.” Then Dionne Warwick does her rendition of Burt Bacharach’s “I Say a Little Prayer.” Listen to a big-sky western set with Glen Campbell’s “Hey Little One,” Gogi Grant with “Suddenly There’s a Valley,” and Don Gibson’s “Oh Lonesome Me.” Nat King Cole and Stubby Kaye team up for a film selection from the 1965 film, “Cat Ballou. Then listen to Doris Day with her 1958 hit song, “Everybody Loves a Lover.” Listen today at: http://www.radiogeorge.com/neonbeat/

On The Neon Beat this week, Jukebox 2: Kansas City’s Marilyn Maye opens this hour with her signature shining number, “Step to the Rear.” Then “Yi Yi” along with my token “grease piece” for the week as The Diamonds sing “Little Darlin.” Enjoy more great group hits with The Four Aces, and Peter Paul and Mary. We’ll stack up a rat pack set with Frank Sinatra singing, “You Make Me Feel So Young,” Dean Martin with “Innamorata” and Sammy Davis Jr with “The Theme from Baretta.” Listen to Helen O’Connell with her signature song from the big band era, “Green Eyes.” Bing Crosby and Gene Kelly team up for a film favorite, “True Love” from the film High Society. Sarah Vaughan follows with her dreamy rendition of “Misty,” followed with a funky hit single by Tom Jones. This hour’s hit instrumentals include Ralph Flanagan’s “Hot Toddy” and Acker Bilk’s lovely version of the song “Eternally.” We team up Barry Manilow with the Association to do two of the group’s hits in round, “Cherish” and Windy.” More with Bette Midler and Bobby Helms.
Go to: http://www.radiogeorge.com/neonbeat/

On The Neon Beat this week, Jukebox 3: Sammy Davis Jr takes the Broadway stage for a song from “Stop the World,” called, “Someone Nice Like You.” Then listen to Ella Fitzgerald heat things up with “Too Darned Hot” from Kiss me Kate. Dean Martin is next, going back to “Houston.” Our instrumental content this hour includes a song with violinist Helmut Zacharias, “When the White Lilacs Bloom Again,” the Mantovani Orchestra with “Around the World,” and a piece heard in the TV game show, “I’ve Got a Secret” by Leroy Anderson. Hear Comedian Jerry Lewis with his 1956 hit song, “Rock-a-Bye Your Baby.” We’ll spin film favorites with The Lettermen and Rosemary Clooney. Play the haunting “Love Look Away” by Tony Bennett and Robert Preston from “the Music Man.” Listen to Petula Clark’s “It’s a Sign of the Times.” Nat King Cole performs “To the Ends of the Earth” with Les Baxter’s Orchestra. We’ll throw in some hit songs with The Four Preps’ “26 Miles,” and The Limeliters with “Dollar Down and a Dollar a Week.” More with Kay Starr, Russ Morgan, and Anne Murray. Listen today at: http://www.radiogeorge.com/neonbeat/ 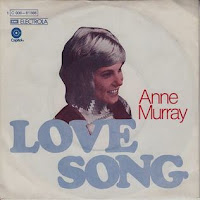 On The Neon Beat this week, Jukebox 1: Kansas City’s Marilyn Maye kicks off this set singing a song about that great city of fountains. The Platters follow up with one of their 1950’s charting hits, “The Great Pretender.” (oh yes) Hear more great period groups like Simon and Garfunkel, The New Vaudeville Band, Jerry Murad’s Harmonicats, and Mickey and Sylvia. Enjoy “A Very Special Love” sung by actress Debbie Reynolds followed by Dean Martin’s “You’re Nobody Til Somebody Loves You.” Tony Martin performs a lovely Edith Piaf standard, “La Vie En Rose.” Hear a Broadway favorite from the play “Little Me” sung by Vikki Carr. We’ll track period instrumentals with John Williams and The Boston Pops, and Morris Stoloff playing the “Theme from Picnic.” Enjoy some great big band with Harry James and Helen Forrest, Frank Sinatra with “S’posin” from the Swinging Session album, and Sarah Vaughan’s “Broken Hearted Melody.” More hit songs with Nat King Cole’s “Too Young,” Ray Charles, and Bobby Goldsboro. Listen now at: http://www.radiogeorge.com/neonbeat/

On The Neon Beat this week, Jukebox 2: Perry Como gets off to a rockin’ start as we open this hour with “Jukebox Baby.” Next The Crew Cuts sing their 1954 hit song, “Sh Boom.” Listen to a period television theme by Spencer Ross from The Philadelphia Story called “Tracey’s Theme.” Hear other instrumentals by Walter Wanderley on the Hammond B-3 and a “Calypso Melody” by David Rose. Tony Bennett performs a tender version of “Young Warm and Wonderful.” Doris Day sings a song from “Pal Joey” followed with Frank Sinatra and Keely Smith with, “How Ya’ Fixed for Love?” Nat King Cole singing the Bobby Troup standard about “the mother road” and Eddie Cantor with “Making Whoopee.” Barbra Streisand sings her signature song from “Funny Girl.” Sammy Davis Jr provides his own dance and percussion for the song, “On a Clear Day.” Hear Brit singer Georgie Fame with “The Ballad of Bonnie and Clyde” from 1968. We’ll spin a salsa treatment of “Lemon Tree” by Trini Lopez, and track Jaye P. Morgan’s “That’s All I Want from You.” More with Petula Clark and The Kingston Trio. Left click on: http://www.radiogeorge.com/neonbeat/

On The Neon Beat this week, Jukebox 3: The Seekers launch this set with the theme from “Georgie Girl.” Sam Cooke follows up with his hit song, “Only 16.” Then listen to The Lettermen with two songs for the price of one, “Memories and Traces” followed with “Daydream” by The Loving Spoonful.” We open the next segment with a little “Love American Style” with Petula Clark. Then hear the Ames Brothers with Les Brown, Frank Sinatra with “You do Something to Me,” and Sarah Vaughan with a lovely rendition of the song, “Eternally.” Instrumentals in this set include a film theme by Andre Previn, a little Cha-Cha with Tommy Dorsey, and a TV theme from “The Virginian.” We’ll bring in Tommy Dorsey’s brother Jimmy with one of his big band hits, “Amapola.” Hear NBC Monitor’s, Jim Lowe with “The Green Door,” followed with Les Baxter’s “Wake the Town and Tell the People.” Listen to Pat Boone sing the theme from the 1957 film, “April Love.” G.I. Joe Stafford is next with “You Belong to Me.” More with Eddie Fisher, and Patty Duke.
To listen, go to: http://www.radiogeorge.com/neonbeat/